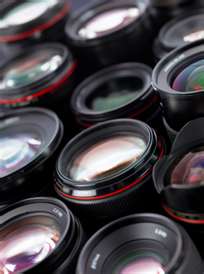 Recently, we sent JBL Films (J.B. Letchinger) out on a 4K shoot, working with the Sony FS7 The client was pretty easygoing about lens options, so he left it up to his DP to decide what would work best in the space they would be shooting. This gave J.B. an opportunity to test out a few things, and he has shared what he learned with us here:

I felt it would be handy to have a test showing the difference in field of view between Metabones adapted EF lenses and native E-Mount Sony lenses on the FS-7. Much has been made of the relatively new Sony FS7 camera. I have been tracking it since before its release, reading the specs, and sending links to those of my clients who would benefit from this camera. Until recently, I have had no requests to provide or use the FS7 as part of an on-location package. Last month, that changed. I thought I’d better get more familiar. So I went and tested one of the cameras using different formats, gammas, and settings.

After further review, I decided to do a Sony PXW FS7 lens test. With a new mount, the E-Mount, there are many options for lensing, none being obvious. The 28-135 seemed the “go to” lens, but what about primes? What about the FE lenses I had been researching? I did further reading about the new Sony A7RII, and its native E-Mount and the line of Sony FE lenses that are made for it. Could these lenses work well with the FS7 also? Should I buy a couple FE lenses now, before I can even get the A7Rii? Maybe use them on my FS7 projects? The video test below may help answer these questions for me and maybe for others. List of lenses tested follows: Sony FE 28-135mm T4  Zoom, Sony FE 16-35mm T4 Zoom, Sony FE 55mm 1.8, Canon 85mm 1.8, Canon 24-70 2.8, Zeiss 50mm ZE Prime with EF mount. (All EF lenses mounted with the Metabones Ultra Speedbooster.)  This test is not meant to be complete, its as thorough as I could make it with the time and tools available. A PL test should be done in the future as well, comparing to RED and Alexa. Video here

Some notes: The camera is 5’ 3“ away from the chart, the chart is 40” wide, the edges of the four circles are 20” apart.  Additional info: At  7’ 5” inches away a 40″ across shot – which is more or less a standard CU – can be achieved with the Sony FE 55mm prime. I included frame grabs from a 5D for reference -didn’t use motion because I did these all hand held and quickly.

The Sony FE 55mm was incredibly sharp and light weight. With the crop factor of the FS7, it is almost the same field of view as an 85mm on a 5D. To get really wide shots, either a Metabones or a E Mount 16-35mm needs to be used. The 28-135 is really not very wide at 28mm. The relative millimeters of the Sony lenses all correspond pretty well to each other. A 28 on the 16-35 is just about the same field of view as the 28 on the 28-135. There is more distortion from the 28-135, though, at that focal length. Also, the Metabones/EF combination does induce some barrel distortion. Surprisingly, the Canon 24-70 at 50mm looked less distorted than the Zeiss 50mm prime. I didn’t feel that the Metabones helped much with sharpness, adding another lens element, plus changing aperture created flashes every time. Not something I would want to do during a shot. Aperture racks are rarely smooth without a real ring, but the Metabones I was using really called attention to it.

The Sony FE 55mm worked well for a recent shoot as a medium closeup lens. Our framing was cut just above the elbows on a sit-down interview at around 9 feet away. I could have moved closer, easily, to frame a tighter shot without encroaching too much on our talent’s “space.” Refocusing manually was touchy and not as quick as I would have preferred. Using the “focus by wire” barrel and the FS7 Image Magnification was a bit cumbersome. I had better luck by simply using the image magnification function of my 17″ external monitor. Much sharper and easier to see. Still a great lens, especially looking forward to seeing what it does on my recently ordered A7Rii, (especially with autofocus in still mode) which should be delivered next week. Also now have in-house the 35mm 2.8 Sony FE prime. Hope to post more tests in a week or two comparing Sony A7S vs Sony A7RII.

Recording notes: This was recorded on an external recorder at 1080/23.98 Pro Res 422 via SDI out. The camera settings were 1080 as well. Thanks: to Jeanne Alexandre for volunteering as an assistant and EVS for their facilities and equipment.